http://webcache.googleusercontent.com/search?q=cache:tUahzdXhI8AJ:worldroots.com/brigitte/famous/b/bathori4.htm+Nagy+Erzsebeth+Gerendi&cd=3&hl=en&ct=clnk&gl=ca&source=www.google.ca
Posted by tiberius at 1:09 PM No comments:

From Wikipedia, the free encyclopedia
Dr. John Kassay (1919 in Bayonne, NJ - February 17, 2004 in San Bruno, CA) was an expert in Shaker and Windsor furniture as well as a skilled craftsman, draftsman and photographer. He published "The Book of Shaker Furniture" in 1980 and "The Book of American Windsor Furniture : Styles and Technologies" in 1998.[1]

Kassay earned a Purple Heart and a Bronze Star while serving in Gen. George S. Patton's Third Army in the Second World War.
He married Mary Brunner after the war and attended East Central University (B.A. 1949) and Pittsburg State University in Kansas (M.A. 1950) on the GI Bill. He completed a doctorate in education at Washington State University in 1970.[1]

Kassay taught industrial arts in junior and senior high schools in Kansas and, for over thirty years, at San Francisco State University, where he was professor in the Department of Design and Industry. Kassay taught courses in woodworking technology and construction at San Francisco State, running "probably the finest woodworking program in America" according to Tom McFadden in Cabinet Maker magazine.[2]
In 1980, Kassay published "The Book of Shaker Furniture" to wide acclaim. The book featured his own illustrations based on years of research. The book was universally praised for its exquisitely rendered and finely detailed drawings of Shaker furniture.
When former President Jimmy Carter received Kassay's book on Shaker furniture in late 1983, he wrote at the bottom of the official typed reply letter: "I've long admired the beautiful simplicity of Shaker furniture and have made several of their pieces myself. Merry Christmas. JC." [1]
Kassay later turned his attention to American Windsor furniture and produced an elegant and informative guide to the Windsor style. He continued to lecture and publish on both styles after being awarded emeritus status in 1987.
In addition to his books, Professor Kassay also was a frequent contributor to woodworking and industrial arts journals.

Posted by tiberius at 3:00 PM No comments:

http://www.horsebows.com/bows1.htm#Mongol
Posted by tiberius at 10:41 AM No comments:

Mechanic Paul F. Kassay, tall and blond, learned to like the new workman who had been placed alongside him in the great Goodyear-Zeppelin dirigible dock at Akron, Ohio. This newcomer was of Hungarian descent and could understand Kassay's native Magyar. He, too, had "certain ideas" about this business of the Navy's new dirigible, Akron, largest in the world, which they and hundreds of others were building. High on the catwalks, just under the dome of the dock (which is so enormous that rainfall sometimes occurs inside), was an excellent place to talk privately while innumerable rivets were being driven into the framework of the Akron.
One day Mechanic Kassay let his friend into a secret: the Akron would never take the air. Kassay would see to that; he had his own reasons. See how simple: you spit between the sections that are to be riveted —so. In the cold up here, the spittle freezes—but the riveter cannot see because it looks silvery, like the duralumin, so he drives his rivet in. Then next June when they launch the ship, the warm air will thaw the spittle, the rivet will be loose. Soon something may happen. . . .
"But we may not have to wait for that to happen," Kassay whispered. "I am going to get into the control room . . . oxalic acid . . . she may never leave the ground. . . ."
Last week a group of men quietly laid hold of Mechanic Kassay. Among them he recognized his "friend"—revealed as an agent of the U. S. Department of Justice. Kassay was jailed, charged with criminal syndicalism, on the strength of the story of the Department of Justice agent as retold above. Kassay was said to have described himself as a Communist, a former captain in the Austro-Hungarian Navy. He denied both of these allegations, denied the sabotage, spoke of a "frame-up."
Much was made of the suggestion that Kassay was working in league with others, all directed by Soviet Russia. But both Navy Department and Department of Justice disposed of him as a "fanatic." Lieut. Thomas G. W. Settle, naval aircraft inspector, and Dr. Karl Arnstein, famed chief engineer & vice president of Good-year-Zeppelin, stated that any harm Kas- say might have attempted would be rectified by their rigid system of inspection.
Flights & Flyers
Udet. Captains Ernst Udet and Gunther Plueschow shared the honor of being Germany's foremost airmen. Last month Capt. Plueschow died in a crash in South America (TIME, Feb. 9). Last week Germany came very close to losing her other idol. Having completed a motion picture job in Tanganyika, Africa, Capt. Udet headed back to Europe. Approaching Khartoum he was forced down in the miasmal Sudanese swamps. Luck was with him; he found and made a landing on one of the swamps' few patches of hard ground. There, days later, Capt. Campbell Black found him, was able to land beside him.
In the War, Ernst Udet was an ace second only to famed Baron von Richthofen. An Iron Cross man and squadron com-mander at the age of 22, he was credited with bringing down 62 Allied planes-by himself. Lately he has devoted himself to cinema, was featured as the flyer in Ufa's The White Hell of Pitz Palu.

More News from Our Partners 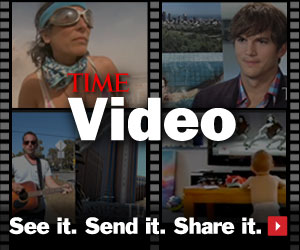 Quotes of the Day »

"In the United States of America, we don't practice guilt by association."
DENIS MCDONOUGH, U.S. Deputy National Security Adviser, addressing a mostly Muslim audience in Virginia; the speech came amid controversy over a Congressman's plan to hold hearings on the radicalization of American Muslims
More Quotes »

he Page One banner in the New York Daily News screamed: HUNT RED GOON IN UAW BOMBING. Inside, in a four-column, copyrighted exclusive, Reporter Jack Tur-cott put the finger on a mysterious assassin who was the "nation's No. i suspect" in the attempted dynamiting of Walter Reuther's union headquarters in Detroit (TIME, Jan. 2). Police in 48 states, wrote Turcott, were hunting one Paul F. Kassay, described by the News as a "Moscow-trained saboteur" and a "Communist fanatic . . . and avowed party hatchet man" who has been "at large" since another sabotage attempt in 1931.
Three days later, after getting the facts, the News reversed its hasty judgment. In a page 2 retraction, under a two-column headline, the newspaper reported that Kassay had proved to the News's satisfaction that he had been "many hundreds of miles away" when the bombing attempt (and two previous assaults on Walter and Victor Reuther) took place. Furthermore, said the News, Kassay had never been in hiding, had lived in the same house for ten years, had passed a security check for World War II defense work, denied that he ever had been a Communist, and was "highly regarded in [his] community."